Much Ado Around Here 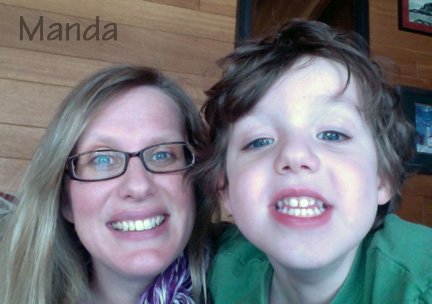 There’s been loads going on around here. I know, I always say that. But, we have had potty training, positive discipline, drama club, tanks and boyfriends. There’s just no rest around here.

So, potty training is going well. I think it’s time to give up the pull ups. I can’t wait. Baby E has decided that he likes going to the potty on his own. He just hasn’t decided that he likes underwear. LOL! I think what he really likes is the Dum Dum suckers he gets for potty success. A momma’s gotta do what a momma’s gotta do, but 5-6 sugar treats a day is starting to get excessive. I think we’ll start by a reward at lunch time and maybe another after dinner if he’s stayed clean and dry.

Yeah, I really needed some tips on how to work with this stubborn toddler. When January hit, he became cranky and just plain hard to live with. I would end each day exhausted. “A” even asked me how I could make it through an entire day after she witnessed her brother for a couple of afternoon hours. What’s the biggest thing I learned? Well, I learned a lot but I really learned that consistency is key. I mean CONSISTENCY IS KEY. We all know that but we don’t always pay attention to ourselves to see that we actually are doing it. Another valuable lesson was paying attention to exposure to violence – it’s everywhere! We noticed differences with “G” almost immediately when we reduced his exposure to violence (on TV, on the computer, etc).

Speaking of “G” – whew – something really got to that 9 year old at the beginning of the year. 3rd grade is tough! My Positive Discipline instructor put it very simply – third grade goes from learning to read to reading to learn. Think about that. What a change! Frustrations bubbled, and in my 9 year old boy, it showed up an angry voices, yelling and crying. We’ve been working with him, limiting some online games and implementing electronic limits. We noticed a difference almost immediately.

Okay, so drama and boyfriends are next. My lovely teen, “A”, loves Drama Club and had a part in the play. There were practices two days per week and some crazy costume requirements but we made it through. The play was entertaining and the kids really enjoyed themselves. Luckily, besides the time commitment, there wasn’t too much drama. One of the things that came out of Drama Club was a boyfriend. Oh boy, this momma isn’t ready. Luckily, “dating” in 8th grade just means seeing each other at school and an occasional hug.

I really can’t believe that next school year I’ll have a high schooler, elementary schooler and preschooler. Yikes!